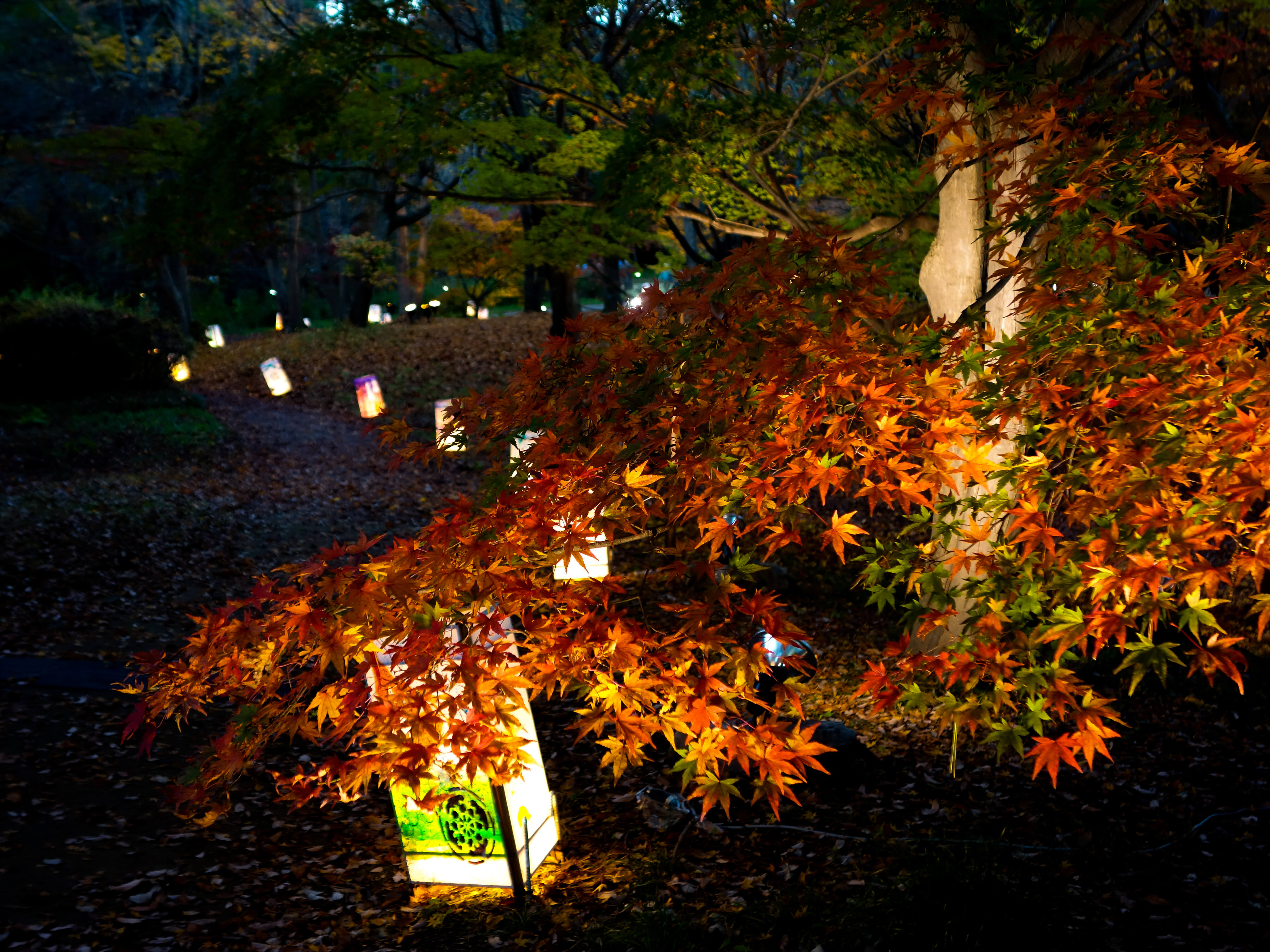 A event in fall | Colored leaves are lit-up at night

About one month from early November to early December, The colored leaves in Shinrin Park are lit-up at night. Around 500 maple trees are illuminated. Lights with various Japanese patterns are placed in the passage, and they are also very beautiful. Many pieces of art are displayed in the park during this event as well.

Duration of the event

From early November to early December

※Opening time is 4:00 PM in December

※other gates are closed at night

Get on the free shuttle bus to Shinrin Park

※The other buses at Higashimatsuyama station don’t stop to the entrance gate of this event.

※Only parking lots at central gate is opened at night

Shinrin Park is a quite large park and is the size of 65 Tokyo Domes. There is a huge trampoline and many athletic playground equipment in the park,so kids must have lots of fun there. In addition, people can see many type of seasonal flowers such as poppies in spring and dahlias in summer.